MaryBeth Piccinino, born and raised in Detroit, Michigan was the middle child of nine though her twin brothers died at birth leaving a profound effect on her parents. They were devout Catholics who passed on their faith by always attending Mass as a family on Sundays and Holy Days of Obligation and going to confession monthly. Her parents put all seven children through Catholic elementary and high school even though it was an extremely difficult financial burden on a firefighter's salary. This impressed Mary Beth even as a young child how important worshiping on a daily basis was...foundation of FAITH/FAMILY.

MaryBeth married Michael Piccinino in 1973 and left two weeks later for what would become a 20-year adventure in the Air Force. During that time, they were blessed with a son and two daughters. Though they lived geographically distant from both of their families whom they were very close to, they soon realized the importance of connecting with people at each duty station since they would become their family/friends away from home...foundation of FAMILY/FRIENDS.

Along with her background in adult education, MaryBeth has been an avid memory-keeper, sharing the mission of both Creative Memories and Heritage Makers. She enjoys helping people preserve the memories and stories that are most important to them to pass on to future generations. She also continues to challenge herself seeking new opportunities for personal growth and ways to give back through volunteer commitments. One of MaryBeth's most meaningful ministries is being part of the Chaplain's office at INOVA Hospital where she has been honored and humbled to serve as a volunteer chaplain since 1997.

MaryBeth continues to celebrate life daily being grateful for her greatest blessings... faith, family & friends and taking time to truly enjoy them.

LEAVING A LEGACY  has been a mission in the making for quite some time.  Having been inspired by co-founder of Creative Memories, Rhonda Anderson, MaryBeth Piccinino had been holding Faithbooking gatherings in her home for years.  Over 15 years ago, God allowed her path to cross with Colleen Duffy Kiko on a trip to the Greek Islands.  Since that time their relationship has developed into an amazing friendship.  It was not long after they met, that they realized they were both passionate about Faithbooking and together they began to embark on a journey of creating opportunities to teach and encourage others to leave a legacyof their lives and their faith journeys for future generations. 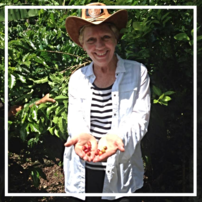 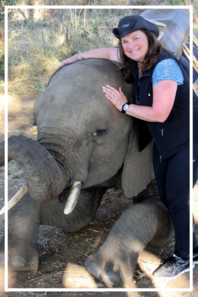 Colleen Duffy Kiko, a native of North Dakota, is a cradle Catholic.  In 1972 she moved to the Washington, D.C. area where she met and married Phil Kiko (also a cradle Catholic from Ohio).  They raised four children, and now have two sons-in-law and four grandchildren. Colleen has been involved over the past 33 years with her parish, St. Charles Borromeo in Arlington, Virginia, as well as St. Charles School.

Since 1980, she has also been very active with the Cursillo community, a Catholic lay movement.  In addition to her full time legal career, her energies are focused on encouraging people to write down their faith journey so the powerful legacy of experiencing God’s daily support can be tangibly recorded for future generations.  Colleen has facilitated over the past 20 years numerous scrapbooking and Faithbook events.